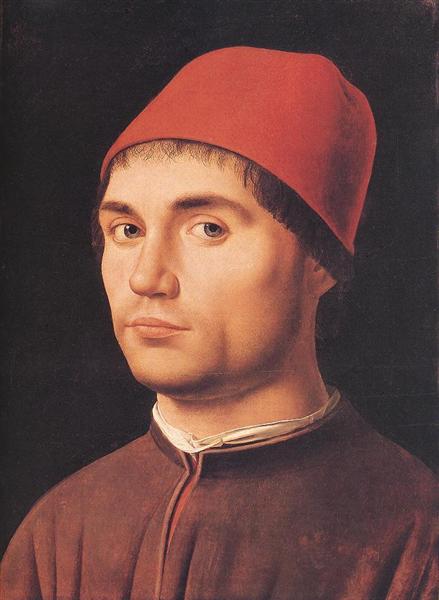 Portrait of a Man

Portrait of a Man is a painting by Italian Renaissance artist Antonello da Messina, currently housed in the National Gallery of London, United Kingdom. It was printed on the Italian 5,000 lire note issued from 1979 to 1983.

The work portrays an unknown man, whose garments belonged to the middle-upper class of the time. He wears a leather blouse, under which a white shirt is visible, and a red cloth beret.

He is depicted from three-quarters, differently from the tradition of the time. The dark background and the essential composition derived from Flemish painting school, including Petrus Christus, whom Antonello knew personally in Italy.

X-ray analysis proved that originally the eyes looked in a different direction. Perhaps there was a parapet with the signature, which was cut off later. It has been suggested that this late work could be a self-portrait.