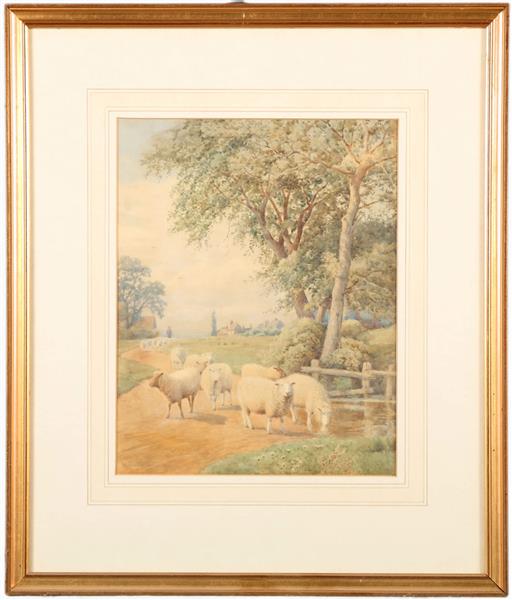 William Sidney Cooper was an English landscape artist, best known for his paintings of the countryside around Herne Bay in Kent. Cooper studied under his great-uncle, Thomas Sidney Cooper, one of England's most prominent mid-19th century painters. As with his great-uncle, the younger Cooper’s forte was cattle and sheep, which are featured prominently in his watercolour and oil paintings. Cooper became a successful artist and exhibited at the Royal Academy, the Royal Society of British Artists, and the Royal Watercolour Society.