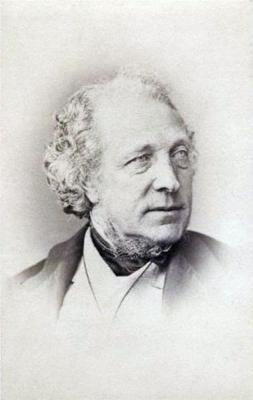 William Leighton Leitch (2 Nov 1804 – 25 April 1883) was a master Scottish landscape watercolour painter and illustrator. He was Drawing Master to Queen Victoria for 22 years. He was Vice President of the Royal Institute of Painters in Watercolours, on Pall Mall in London, for twenty years.

Leitch was born in Glasgow, the son of a soldier who had previously been a sailor. Leitch soon developed a strong inclination for art, and used to practise drawing at night with David Macnee, afterwards president of the Scottish Academy. After a good general education, he found employment in a lawyer's office, then as a weaver, then as an apprentice to a Mr. Harbut, house-painter and decorator.

In 1824 he was engaged as a scene-painter at the Theatre Royal, Glasgow, and married Susannah Smellie, who bore him five sons and two daughters. The theatre failing, he spent two years at Mauchline, painting snuff boxes, and then moved to London, where he made the acquaintance of artists David Roberts and Clarkson Stanfield, and obtained employment as a scene-painter at the Queen's Theatre (now demolished) on Charlotte Street. He had some lessons from Copley Fielding, and was employed by Mr. Anderden, a stockbroker, to make drawings for a work he was writing.

After exhibiting two drawings at the Society of British Artists in 1832, he travelled to the continent in 1833, passing through the Netherlands, Germany, and Switzerland to Italy. While in Venice he met and became friends with the Hungarian painter, Miklós Barabás; They toured and painted in the Lago Maggiore region in 1834, and Leitch was a great influence on Barabás's future work. After an absence of four years, during which Leitch supported himself mainly by teaching, and had visited the principal cities of Italy, and made numerous sketches there and in Sicily, he returned to London in July 1837.

He now devoted himself almost entirely to teaching and drawing in watercolours. He had great success as a teacher and could count many members of the aristocracy amongst his pupils. He was introduced to Queen Victoria by Lady Canning and became the drawing master to her majesty and the royal family for 22 years. The Princess of Wales was his last pupil.

Leitch exhibited occasionally at the Royal Academy between 1841 and 1861, but in 1862 was elected a member of the Institute of painters in Watercolours (RI). From that time he contributed regularly to its exhibitions but did not exhibit elsewhere. He served as the society's vice-president for 20 years.

Leitch died in April 1883 at his home in St. John's Wood. A posthumous collection of his works was exhibited at the Institute of Painters in Water Colours' gallery in Piccadilly. Only two of his children survived him. His eldest son, Robert, a good watercolour painter, died in 1882.

Leitch was a master of his art, which was based on a profound study of nature and of the great masters, especially Turner in his prime. His works are marked by their graceful composition, their pure colour, and the brilliant effects of atmosphere.