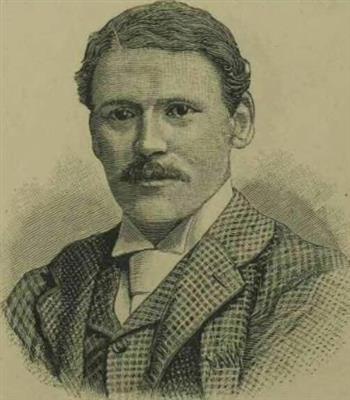 
William Barnes Wollen (6 October 1857–28 March 1936) was an English painter mostly known for his paintings of battle and historical scenes and sporting events.


Born in Leipzig on 6 October 1857, he was educated at University College School, London from 1871–73 and also at the Slade School. From 1879 until 1922, he exhibited pictures at the Royal Academy, National Watercolour Society and elsewhere. His first picture exhibited at the Royal Academy was entitled "Football" but he followed this up with his first military painting in 1881 entitled "The rescue of Private Andrews by Captain Garnet J. Wolseley, H.M. 90th L.I. at the storming of the Motee Mahail, Lucknow". He was elected a member of the Royal Institute of Painters in Water Colours in 1888.


In 1900, he was commissioned by the new illustrated weekly newspaper, The Sphere to act as one of its special artists in South Africa to cover the Boer War. His experiences during this war resulted in several paintings including "The Imperial Light Horse at Waggon Hill, January 6, 1900", "The Victoria Cross", and "The 1st Battalion South Lancashire Regiment storming the Boer trenches at Pieter's Hill". The artist also exhibited several scenes during and shortly after World War I depicting that conflict.


He lived in London during his career in Camden Square and Bedford Park, and died in the city on 28 March 1936 aged 78.