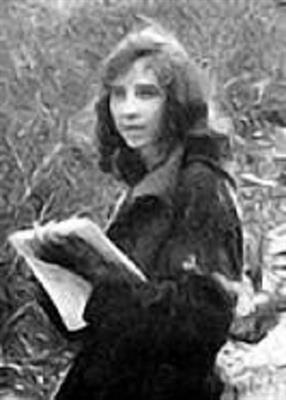 Virginia Frances Sterrett was and early 20th Century artist and illustrator in the Art Nouveau tradition.
She was born in Chicago in 1900. Very introverted as a child, she preferred drawing to social interaction with her peers. When her father died, she moved with her family to Missouri where she won several awards in the Kansas State Fair (c. 1913).
Sterrett returned to Chicago with her family in 1915 where she entered high school with intentions of persuing a career in art which she continued into the Chicago Institute of Art. However, a decline in her mother's health forced her to drop out so that she could support her family working at several ad agencies.
1919 brought Sterrett her first commission--Comtesse du Ségur's Old French Fairytales--and the first signs of the tuberculosis that would follow her for the remainder of her life. She recieved $750 (around $11,000 in 2018) for eight watercolors, sixteen pen and ink drawings, a color cover, and various drawn accents for the end papers and boards. She was immediately hired to illustrate Nathaniel Hawkthorne's Tanglewood Tales on similar terms which would be published in 1921.
Plagued by failing health, Sterrett moved once more with her family to Altadena, California hoping that the warmer climate would give some improvement to her condition. However, her health continued to worsten and she was moved to a Sanitorium wherein she completed her work on The Arabian Nights over three years.
For a brief period at the end of the 20s, her health improved an she was able to leave the Sanitorium and display her work in several local galleries and competitions, but it didn't last and with a sudden worstening of her condition she died on June 8, 1931 at the age of 30 leaving her final commission for Myths and Legends incomplete.

Virginia Frances Sterrett (1900–1931) was an American artist and illustrator.