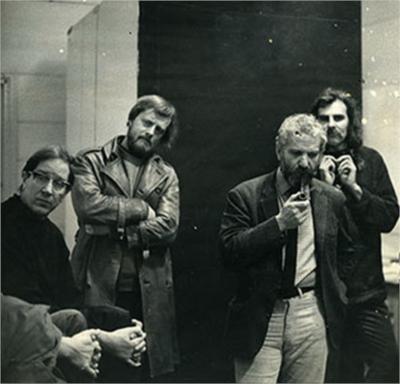 Tim Scott (born 1937, London) is a British sculptor known for his abstract sculptures made from transparent acrylic and steel. While studying architecture, Scott also studied sculpture part-time at Saint Martin's School of Art, where he also later taught. Inspired by the example of David Smith, Scott began to make sculptures using materials such as fibreglass, glass, metal, and acrylic sheets.

In the seventies, Scott created his groundbreaking series of thick-slab acrylic and steel sculptures. Frustrated ultimately with the fragility of plastics at the time, Scott switched to steel for his material, abandoning his trademark acrylic sheets altogether.

Tim Scott's work can be found in many important collections, including the Tate Gallery, London, and the Museum of Modern Art, NYC.