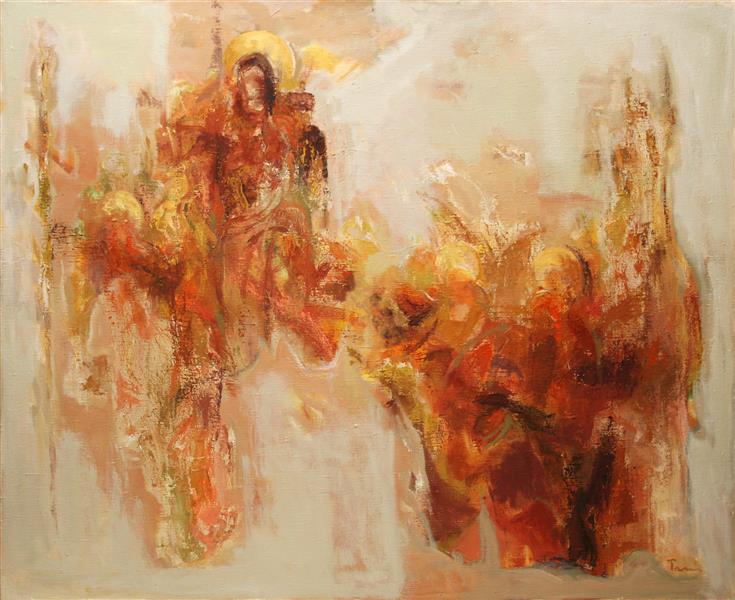 In Christian iconography, Christ Pantocrator (Greek: Χριστὸς Παντοκράτωρ)[1] is a specific depiction of Christ. Pantocrator or Pantokrator is, used in this context, derived from one of many names of God in Judaism.

The Pantokrator, largely an Eastern Orthodox or Eastern Catholic theological conception, is less common by that name in Western (Roman) Catholicism and largely unknown to most Protestants. In the West the equivalent image in art is known as Christ in Majesty, which developed a rather different iconography. Christ Pantocrator has come to suggest Christ as a mild but stern, all-powerful judge of humanity.