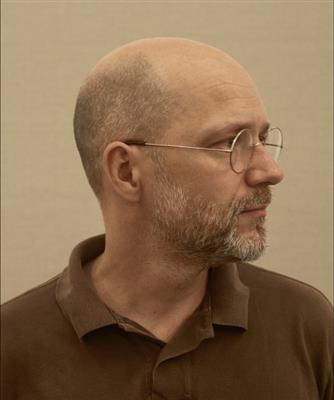 Tal R (born in Israel in 1967) is an artist based in Copenhagen.


Tal R was born in Israel but moved to Denmark with his family when he was one year old. He graduated from the Royal Danish Academy of Fine Arts in 2000.


Tal R's painting style is described as "kolbojnik", which means "left-overs", a Hebrew word for "jack-of-all-trades." Around 2004, he began painting with a mixture of pigments and rabbit skin glue, a time-consuming technique that allows him to achieve the glowing intensity that has come to define his more recent paintings.


He has shown work in exhibitions including Bicycle Thieves at Beret International Gallery in Chicago, House of Prince at Douglas Hyde Gallery in Dublin, The Gallery Show at the Royal Academy of Art in London and Ars Fennica at Henna and Pertti Niemisto Art Foundation in Helsinki.