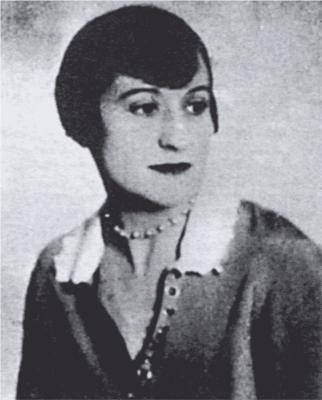 Suzanne Duchamp-Crotti (20 October 1889 – 11 September 1963) was a French Dadaist painter. Born in Blainville-Crevon, Seine-Maritime in the Haute-Normandie Region of France, she was the fourth of six children born into the artistic family of Eugene and Lucie Duchamp.

She began her studies at the École des Beaux-Arts in her native Rouen when she was 16. Her early works reflected Impressionism and cubism. At age 21, she married a local pharmacist but quickly divorced, moving to the Montparnasse Quarter of Paris to be near her brother Marcel and to expand her artistic career.

At age 22, she had her first major exhibit at the Salon des Indépendants in Paris.

After the outbreak of World War I, she served as a nurse in Paris producing virtually nothing until 1916 when Jean Crotti returned to Paris, bearing news of Marcel and of the exciting art being made in New York. After the war, the first of her Dadaist works appeared.

Completed in 1919, Multiplication Broken and Restored is a prime example of her Dada work. The composition contains Dadaist imagery with man-made objects such as a tower and cityscape. It is also believed that this piece comes directly from her private experience rather than being a severe critique of cultural norms.

Also in 1919, she married artist Jean Crotti, whose painting she would greatly influence. As a wedding present, Marcel sent them instructions for a readymade which involved suspending a geometry textbook on the porch and letting the wind and rain gradually tear it apart.

Completed in 1920, her work Ariette of Oblivion in the Thoughtless Chapel is regarded as the strongest Dadaist work that she created with seemingly nonsense inscriptions and mechanical imagery. However, much like Multiplication Broken and Restored, the inspiration for this piece emerged from the devotion she experienced in her relationship. This personal perspective runs contrary to the Dada sentiment of criticizing social conventions and undermining culture.

In 1920 Suzanne showed several of her works at the Salon des Indépendants in Paris, along with Francis Picabia and Crotti.

In April 1921, she exhibited with Crotti at the Tabu exhibition (at the Galerie Montaigne in Paris); this was a few weeks before the Dada Salon at the same location.

She died in Neuilly-sur-Seine (Seine-Saint-Denis), France in 1963.