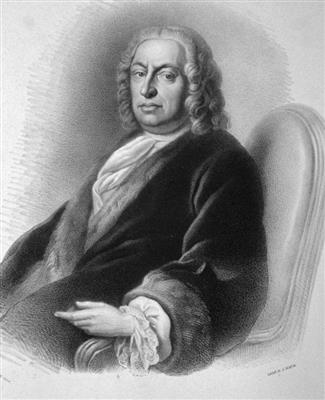 
He was born at Gaeta, then part of the Kingdom of Naples, and apprenticed in Naples under Francesco Solimena. In 1706, along with his brother Giovanni, who acted as his assistant, he settled in Rome, where for several years he worked only in chalk, to improve his drawing. He was patronized by the Cardinal Ottoboni, who introduced him to Clement XI, who commissioned him a well-received Jeremiah painted for the church of St. John Lateran.
He also painted an Assunta for the church of Santi Luca e Martina in Rome.


Conca was knighted by the pope. He collaborated with Carlo Maratta in the Coronation of Santa Cecilia(1721–24) in the namesake church of Santa Cecilia in Trastevere. In 1718 he was elected to the Accademia di San Luca, and was its director in 1729-1731, replacing Camillo Rusconi as Principe in 1732. He was also elected Principe in 1739-1741.


He received widespread official acclaim and patronage. He worked for a period of time for the Savoy family in Turin on the Oratory of San Filippo and Santa Teresa, in the Venaria (1721–1725), for Basilica di Superga (1726), and Royal Palace (1733). He painted the frescoes of Probatica (Pool of Siloam), in the Ospedale di Santa Maria della Scala (hospital) of Siena. In Genoa, he painted the large allegorical canvases of the Palazzo Lomellini-Doria (1738–1740).


In 1739, he published a guide to painting: Ammonimenti (or Admonishments), which blended moralistic advice with technique. He returned to Naples in 1752, and enjoyed the royal patronage of Charles III. His studio was prodigious and he painted frescoes for the Church of Santa Chiara (1752–1754), five canvases for the Chapel in Caserta Palace (now lost), as well as many others including for the Benedictines of Aversa (1761), a History of Saint Francis of Paola for the Sanctuary of Saint Maria di Pozzano of Castellammare di Stabia (1762–1763), and many other altarpieces. He painted till late in life.


Among the works that reflect his late-Baroque style there are paintings such as The Vision of Aeneas in the Elysian Fields (c. 1735/1740); the scene is crowded with mythologic and classical figures, adrift in academic quotation, and enveloped by a world of overwrought with allegory. Dancing or flying putti proliferate. The landscape is often a billowing cloud.


Even in a more intimate scene such as Rinaldo & Armida, instead of depicting the focused scene between two lovers, love itself has to be allegorized as an intruding, hovering cupid. Similarly, the somber introspection of the moment recounted by Christ at the Garden of Gesthmane is afflicted with a cascade of angels. It is a mannerist Baroque, not its distilled apotheosis, but a distanced elaboration from its roots in Carracci and Cortona.