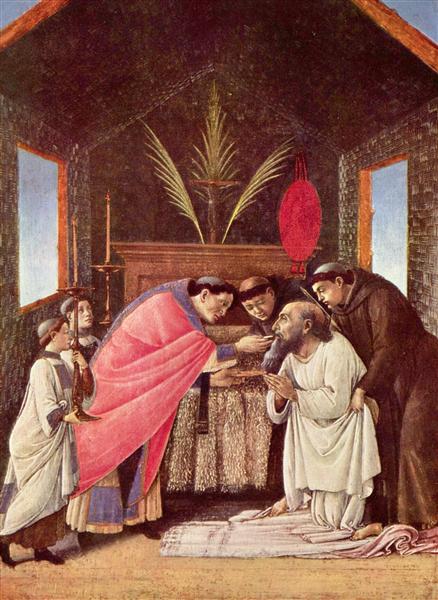 The Last Communion of Saint Jerome is a painting by the Italian Renaissance master Sandro Botticelli, finished around 1494–1495. It is housed in the Metropolitan Museum of Art, in New York City.

The small picture is inspired by one of the three apocryphal letters of Saint Eusebius, according to which, before dying, Saint Jerome received the Last Communion from Eusebius himself. The choice of this scene, far less frequent than the usual depiction of Jerome in his studio, has been connected to Girolamo Savonarola's preaching in Florence at the time the work was executed; the latter's commissioner, identified by some scholars as the rich merchant Francesco del Pugliese, would be in fact a followed of the Ferrarese preacher.

The topic was depicted by the baroque Bolognese painter Agostino Carracci in his painting now at the Galleria Nazionale of Bologna, and also by the Baroque painter Domenichino in a painting in the Vatican Museum.