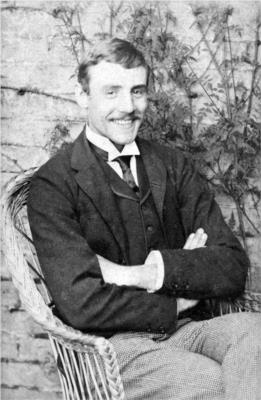 Rupert Bunny was one of the most successful expatriate artists of his generation; indeed no other Australian achieved the critical acclaim nor enjoyed the artistic affiliations which Bunny experienced in Paris in the decades around the turn of the century. A superb colourist and fine draughtsman, with a strong interest in rhythmic composition, Bunny was inspired by a range of late century tendencies, most particularly Symbolism with its affinity to the life of the imagination. Bunny crafted individualised statements from such influences, in imaginative tableaux which range from magnificent Salon-endorsed mythologies, to vibrant decorative allegories and the Belle Epoque paintings of Parisian leisure for which he is most widely celebrated.

Rupert Charles Wulsten Bunny (29 September 1864 – 25 May 1947) was an Australian painter, born in St Kilda, Victoria. He achieved success and critical acclaim as an expatriate in fin-de-siècle Paris. He gained an honourable mention at the Paris Salon of 1890 with his painting Tritons and a bronze medal at the Paris Exposition Universelle in 1900 with his Burial of St Catherine of Alexandria. The French state acquired 13 of his works for the Musée du Luxembourg and regional collections. He was a "sumptuous colourist and splendidly erudite painter of ideal themes, and the creator of the most ambitious Salon paintings produced by an Australian."

Bunny was the third son of a Victorian County Court judge, Brice Frederick Bunny, and Marie Hedwig Dorothea Wulsten. He travelled to England in 1884 and studied at Calderon's art school in London. After 18 months he went to Paris to study at the atelier of Jean-Paul Laurens.

Between 1893 and 1907, he was a frequent visitor to the Étaples art colony and has left some memorable paintings, among them the atmospheric Light on the Canche and Rainy Weather at Étaples, now in the Art Gallery of New South Wales. Both these date from 1902, the year he married Jeanne Heloise Morel, a former art student and model, who appeared frequently in his paintings. Bunny continued to live in France until 1911, when he returned to Australia for a visit. For a number of years afterwards he travelled back and forth between Australia and France. After his wife died in 1933, he returned permanently to Australia and settled in South Yarra, Victoria.