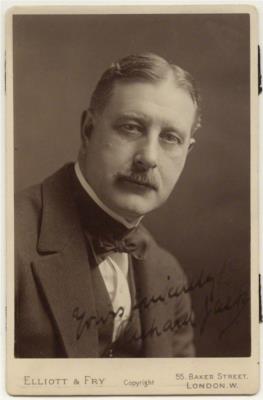 Jack was born 15 February 1866 in Sunderland, County Durham, United Kingdom. He studied at York School of Art before winning a national scholarship to the Royal College of Art in 1886. There he won a gold medal and in 1888 a travelling scholarship to the Académie Julian. On his return to London in the early 1890s, he worked for a time on the staff of The Idler and for Cassell's Magazine as a black-and-white artist. He was awarded a silver medal at the 1900 Paris International Exhibition and at the Carnegie International in Pittsburgh in 1914.

In 1916, he accepted a commission in the Canadian Army to paint for the Canadian War Records Office, becoming Canada's first official war artist. A portrait of King George V, commissioned by the Metropolitan Borough of Fulham, was later bought by the monarch himself. He subsequently painted portraits of Queen Mary, King Alphonso of Spain, and various interiors at Buckingham Palace. Jack immigrated to Canada in 1938, where he painted landscapes as well as portraits.

A painting by him of composer Colin McAlpin is in the collection of the Leicester Arts and Museums Service.