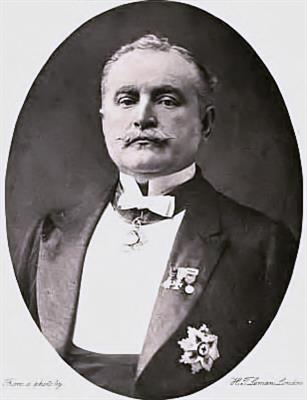 Richard Caton Woodville Jr. RI ROI (7 January 1856 – 17 August 1927) was an English artist and illustrator, who is best known for being one of the most prolific and effective painters of battle scenes in the late 19th and early 20th centuries.


The son of Richard Caton Woodville Sr., who was also a talented artist, Woodville studied at the Düsseldorf school of painting under the Prussian military artist Wilhelm Camphausen, and then Eduard von Gebhardt, before briefly studying in Russia and then Paris under Jean-Léon Gérôme. Woodville spent most of his career working for the Illustrated London News, where he quickly developed a reputation as a talented reporter and writer, but was also published in Cornhill Magazine, Strand Magazine, and The Tatler.


Richard Caton Woodville first experienced battle first-hand when he was sent by the Illustrated London News to report upon the Russo-Turkish War (1877–1878), and then again in the 1882 Anglo-Egyptian War, where he made numerous sketches in December 1882, and also obtained photographs of the trenches at Tel-e-Kebir for his friend and co-artist Alphonse-Marie-Adolphe de Neuville, who had been commissioned to paint a scene of the battle.


In 1879, Woodville's Before Leuthen, 3 December 1757 was exhibited in the Royal Academy. It proved popular, and afterwards he began to regularly be exhibited in Burlington House, where 21 of his battle paintings were eventually shown. His most popular works there were ones that dealt with contemporary wars, such as the Second Anglo-Afghan War, Candahar [sic], and Maiwand: Saving the Guns, (Walker Art Gallery), the Zulu War, and the First Boer War. His works from Egypt were exhibited at the Fine Art Society in 1883, where his painting The Moonlight Charge at Kassassin proved very popular. The following year he exhibited by Royal Command another painting he had done of the war in Egypt, entitled The Guards at Tel-e-Kebir (Royal Collection). In 1896 he designed the reverse of the British South Africa Company Medal.


He continued to paint scenes of battle, and few battles or wars that Great Britain fought during his life were not touched upon by him, including the Second Boer War, and World War I. Despite his precocious talent for capturing the dramatic moments of contemporary battles, Woodville also enjoyed recreating historical scenes in both oil and watercolour. The Illustrated London News commissioned him to complete a commemorative special series recreating the most famous British battles of history. He depicted The Charge of the Light Brigade (Palacio Real de Madrid) and The Charge of the 21st Lancers at Omdurman (Walker Art Gallery), Battle of Blenheim, Battle of Badajos and several Battle of Waterloo pictures.


During World War I, Woodville was compelled to return to the depiction of current events, and three of his Great War works were displayed in the Royal Academy. These were The 2nd Batt. Manchester Regiment taking six guns at dawn near St. Quentin, Entry of the 5th Lancers into Mons, and Halloween, 1914: Stand of the London Scottish on Messines Ridge (London Scottish Regiment Museum Trust) exhibited in the year of his death, 1927.