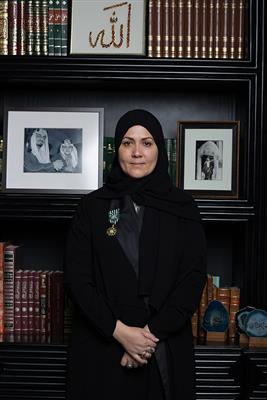 
Al Faisal is the daughter of Mohammed bin Faisal and granddaughter of late King Faisal of Saudi Arabia. She studied Arabic literature at King Abdulaziz University in Jeddah before leaving the school to attend Spéos in Paris to pursue photography.


She authored Diwan Al Noor: A Photographic Journey through Light, Water, and People and The Hajj. Her primary medium is black and white photography, although work she unveiled in 2016 incorporated the use of colour and graphic design. She has exhibited in Bahrain, China, Dubai, Egypt, France, Germany, Korea, the Netherlands, Palestine, Singapore, Spain, and the United States.


The Empty Quarter, a photography gallery run by her in Dubai, opened in 2008 and was the first of its kind in the region. A sister gallery, located in Jeddah, opened in 2015.


In 2016 she bought the house of Chris Hardwick in Los Angeles. Her former US property was an apartment at Sierra Towers building in West Hollywood which she owned between 2008 and 2013.