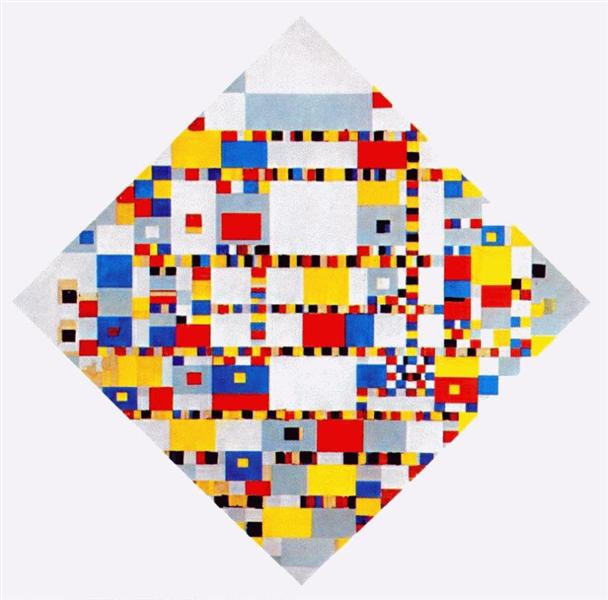 Victory Boogie Woogie is the last, unfinished, work by the Dutch abstract painter Piet Mondrian. Left incomplete in 1944, since 1998 it has been in the collection of the Gemeentemuseum in The Hague. It was purchased at a cost of 80 million guilders (approximately 35 million euros) from the American collector Samuel Irving Newhouse, who purchased the work from Emily and Burton Tremaine for $12 million USD in the mid 1980s. It was bought by the Stichting Nationaal Fonds Kunstbezit (National Art Foundation) through a gift from the Dutch Central Bank, commemorating the introduction of the euro. This amount of money spent on the gift raised questions in the Dutch House of Representatives.

The artwork was purchased by the Tremaines shortly after Mondrian's death and became part of the Miller Company Collection of Abstract Art in Meriden, Connecticut. In 1947-52, Victory Boogie Woogie was exhibited as the lead artwork in the corporate collection's exhibition Painting toward architecture, originating at the Wadsworth Atheneum in Hartford, CT and travelling to over 20 venues across the United States, including the Walker Art Center in Minneapolis and the Los Angeles County Museum of Art. The exhibition catalogue essay was by Henry-Russell Hitchcock with foreword by Alfred Barr at the Museum of Modern Art, New York. A photo of the painting in on the cover of the biography of art collector Emily Hall Tremaine as well as the exhibition catalogue The Tremaine Collection: 20th century masters].

In 2014, U.S. President Barack Obama was photographed with Victory Boogie Woogie, sometimes with Dutch politicians, which was widely reported in Dutch and Flemish (Belgian) news media.