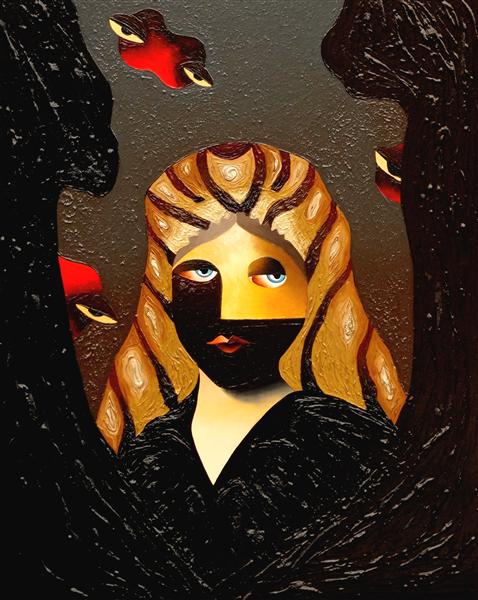 The Gaze Of St Bernadette

The incorrupt body of St Bernadette lies in the chapel of the Convent of St Gildard at Nevers, France. The words spoken by the Blessed Virgin to her, "I do not promise you happiness in this world, but in the next", are inscribed around her shrine, and this saying was certainly fulfilled during her short earthly life, which ended at the early age of 35 in 1879.

Inspired partly by his brief conversations with Lourdes sanctuary chaplain Paul Horrocks OMI and his frequent visits there the artist made this oil painting after a drawing sketch was made in November 2012.

Saint Bernadette is portrayed as the peasant girl that she was despite being the chosen one by GOD to witness the apparitions.

The strength in her gaze is a metaphor for the grace and humility in which her answers were given whenever questioned.