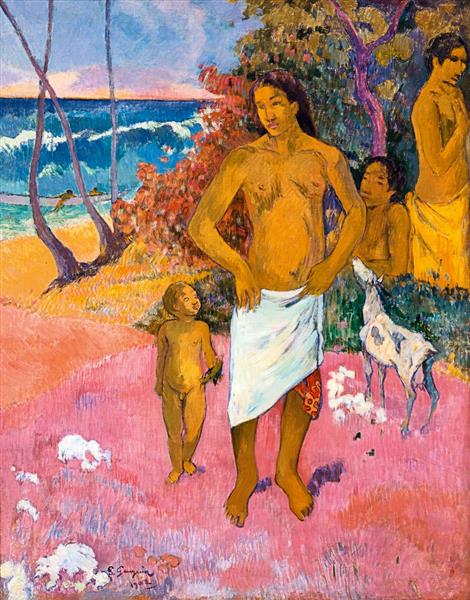 The setting of this painting resembles Gauguin's 1897 work Landscape with two goats, but it is much brighter in colour and adds multiple people to the scene. The pose of the main male figure is likely modeled after a figure used by Paul Cézanne in three paintings called Bathers at Rest.

The name of the painting derives from this similarity. However, it is also frequently called Tahitian Family (Famille tahitienne), although Gauguin had left Tahiti already in 1901. Disappointed by the increasing Europeanisation of his paradise, he sought refuge on the island of Hiva Oa, where this painting was created. Occasionally, it is also listed as A Walk by the Sea (Promenade au bord de la mer).