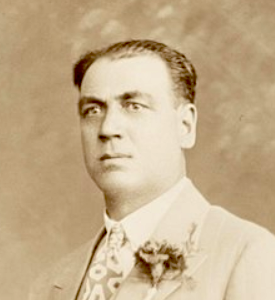 
Oronzo Vito Gasparo was born in Rutigliano, Bari, Italy in 1903, one of seventeen children. His parents were Italian and Hindu. He spent many active years in California, and died in New York City in 1969.


Gasparo studied at the National Academy of Design in New York; he was mentored by Preston Dickinson and was Dickinson's favorite pupil.


A number of Gasparo's works were acquired by Onya La Tour, who was an avid collector and enthusiast of modern art in New York in the 1930's, and who directed the Federal Art Gallery of the Federal Arts Project of the Work Projects Administration, 225 W 57th St, New York NY.