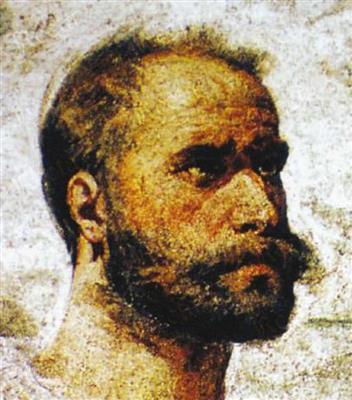 
He was born in Salvarosa near Castelfranco Veneto. He began studies in 1859 at the Accademia di Belle Arti of Venice, where he was a pupil of Michelangelo Grigoletti, Carlo De Blaas, and Pompeo Marino Molmenti. In 1865, he won a stipend to study in Rome. He later formed a strong friendship with Tranquillo Cremona. He favored painting genre scenes, in a style also favored by Giacomo Favretto, Luigi Nono (painter) and Alessandro Milesi. In 1869, he opened a studio in Venice.