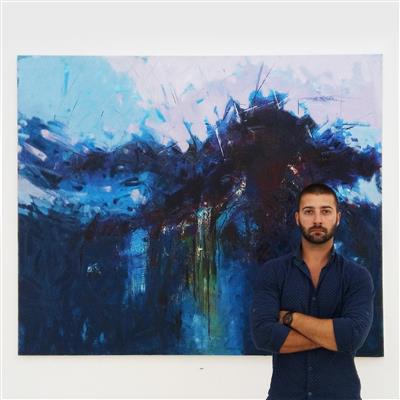 He has several awards and acknowledgments from public institutions from exhibitions at home and abroad. His works were published in various newspapers, also in the media, television and radio, which has repeatedly been invited as a guest. He has exhibited in group exhibitions several times at home and abroad, took part in many art colonies, he also have several individual expositions. He works in the field of painting and fine art, but also - print art, mosaic and interior design. Most of his works are based on the concept of searching of the connection between nature energy and human emotions and the moment expressions. He is well known with his achromatic landscapes and untypical compositions. His work belongs and are connected to styles like Fauvism and Expressionism.