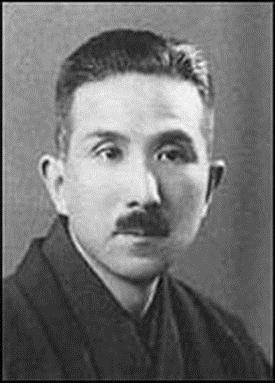 He was born in Yamanashi Prefecture, but his family settled in Tokyo shortly after his birth, and he remained there until his death in 1960.

Natori Shunsen developed an interest in kabuki actor portraits while working as an illustrator for the newspaper Asahi Shimbun. During this time, he had the opportunity to meet the publisher Watanabe Shōzaburō, who was the primary force behind the shin-hanga movement.

In 1925, Natori and Watanabe worked together on a series of 36 actor portraits. This series contains some of Natori's finest kabuki designs. Watanabe lavishly produced each print in a limited edition of 150 and sold them only by subscription. The series lasted through 1929, followed by a supplemental series of 15 actor prints produced through 1931.

Natori's actor portraits were mainly in the ōkubi-e (large head) format which allowed him to focus on the expression and emotions of the character's face.

Natori Shunsen continued to work as an artist in the kabuki theater, but did not design any other actor prints until the early 1950s. From 1951 to 1954, he again collaborated with Watanabe on another series of 30 actor prints. Like the earlier series, these designs were beautifully printed and are very expressive, especially the ōkubi-e portrait.

His twenty-two-year-old daughter died of pneumonia in 1958. He and his wife committed suicide by poison at their daughter's grave two years later.