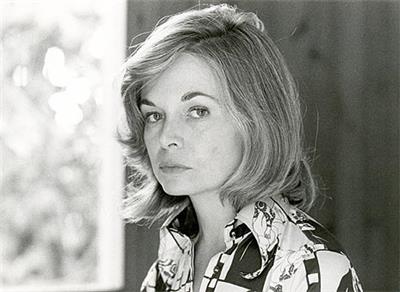 Montserrat Gudiol born in Barcelona in 1933. She is the daughter of the architect and art historian Gudiol Ricart. In 1950, she studied restoration of old paintings and focuses specifically on painting on wood and paper. It sets out in Spain but also in South Africa, the United States, Russia and Canada. In 1981 she became the first woman admitted to the Real Academia Catalana of Fine Arts of San Jordi. In 1998 she received the Cross of St. George.

The starting point for Montserrat Gudiol’s work is founded on the broad tradition of figurative art filtered through Symbolism and a stylisation that values the detail at the core of the painting. Through the concentric blurring of the surroundings, Gudiol explores the plasticity of the expression of the faces and the spirituality that issues as much from the private and calm halo of the subjects as from the atmosphere that generates it. The tone of the painting is arrived at by means of a small range of colours – blacks and ochres – on the surface. Small reddish areas fill the wall and give it a sense of substance and volume.

The sensibility of the figures portrayed emanates from their handsome, Gothic and timeless faces, and the painted women become ethereal and symbolic. The models, who are always women and created with the contrasts inherent in human existence, strive to convey the sensitive and reflective soul that they are endowed with thanks to Gudiol’s skill. Gudiol makes the contrasting colour predominate over the drawing, in which she singles out the face rather than the body, which is merged into the backdrop done in identical colours.

The structure of Figure is asymmetric. The two sole points of light – the window and the face of the only figure in the painting – are to the spectator’s right. The tension created by this layout allows the artist to deploy an entire range of chromatic devices based on chiaroscuro. The woman’s body is shown at rest and is lightly outlined in such a way that it merges with the background, highlighting the face, the mirror of the soul. The paradox heightens the mystical component of the work: the light is generated and enters via the back, at the rear guard of the archetype, and also emphasises the lighting value of the face, the gold of the image that blends with the darkness, in the calm. The human figure as the theme from every angle, with all the expressions that shape it.