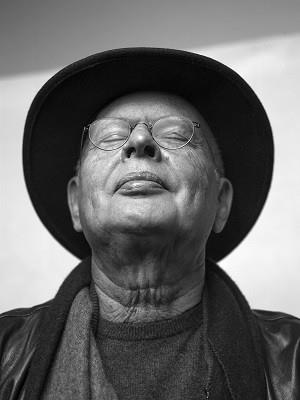 Miguel Rio Branco (born 11 December 1946) is a Brazilian photographer, painter, and filmmaker (director and cinematographer). His work has focused on Brazil and included photojournalism, and social and political criticism.


Rio Branco is an Associate Member of Magnum Photos. His photographs are included in the collections of the Museum of Modern Art and Metropolitan Museum of Art in New York.


Rio Branco was born in Las Palmas, Gran Canaria, in the Canary Islands. His parents were diplomats and he spent his childhood in Portugal, Switzerland, Brazil and the United States. In 1976 he moved to New York City, where he earned a BA, and took a one-month vocational course at the New York Institute of Photography. In 1978, he moved to Rio de Janeiro and studied at the Industrial Design College.


He has been an Associate Member of Magnum Photos since 1980. He lives and works in Rio de Janeiro.


Rio Branco's Silent Book (1997) is included in Parr and Badger's The Photobook: A History, Volume II.