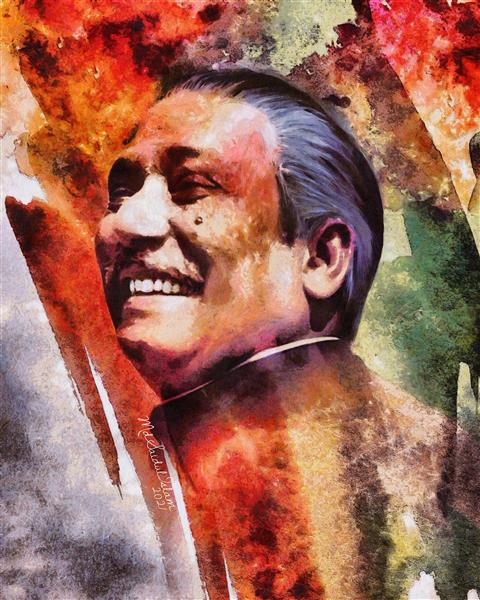 The Father of the Bengali Nation Bangabandhu Sheikh Mujibur Rahman (1920-1975).

Sheikh Mujibur Rahman(March 17, 1920 – August 15, 1975) was a Bengali politician and statesman who was the founding leader of Bangladesh. He headed the "Awami League (Political Party)" and served as the first President of Bangladesh, and later as Prime Minister.

He is popularly referred to as "Sheikh Mujib (shortened as Mujib or Mujibur, not Rahman)", with the honorary title of Bangabandhu ("Friend of Bengal"), and widely revered in Bangladesh as the "Father of the Nation".