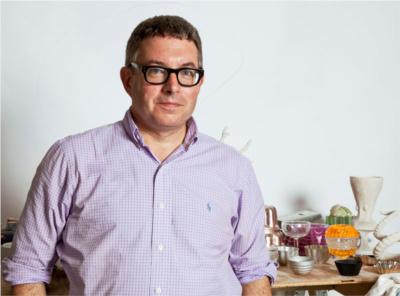 Mark Dion (born August 28, 1961) is an American conceptual artist. best known for his use of scientific presentations in his installations.

Dion earned a BFA in 1986 from the Hartford Art School at the University of Hartford, Connecticut, and was also awarded an honorary doctorate in 2003. Presently, Dion lives and works in New York and Pennsylvania with his wife, the artist Dana Sherwood. Dion is currently a mentor at Columbia University in New York and co-director of Mildred's Lane, a visual art education and residency program in Beach Lake, Pennsylvania.

Dion is the subject of a monograph published by Phaidon and a documentary on the PBS series, art:21. In 2012, Dion's work was included in dOCUMENTA 13, curated by Carolyn Christov-Bakargiev in Kassel, Germany, and has also been exhibited at MoMA PS1 in New York, Guggenheim Bilbao, Minneapolis Institute of Art, Tate Gallery, and the Museum of Modern Art.

Perhaps his best-known work is the Neukom Vivarium, an installation in Olympic Sculpture Park in Seattle, WA. The artist has also completed other public commissions which include Den, a site-specific installation for the National Tourist Routes in Norway (2012), An Archaeology of Knowledge for Johns Hopkins University (2012), and Ship in a Bottle for Port of Los Angeles Waterfront (2011).