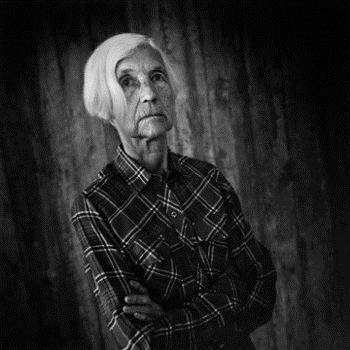 Louisa was born in Reykjavík. She showed artistic ability at an early age, and studied first in Denmark and then under Marcel Gromaire in Paris. Her early paintings, dating from the late 1930s, established her as a leading figure in the Icelandic avant-garde community (many of whom met together in a house in Reykjavík called Unuhús). In these paintings, subjects are painted with a broad brush, emphasizing geometric form. These paintings already show much of the character of Louisa's mature work, but are more subdued in color.

Her move to New York City in 1942 was followed by a period of study under Hans Hofmann, along with other painters including Robert De Niro, Sr. (father of the actor) and Jane Freilicher. In 1944 she married painter Leland Bell, and until Bell's death in 1991 they enjoyed a partnership of mutual support. Louisa's first solo exhibition took place at Jane Street Gallery in New York in 1948. While her work of the 1950s saw her introducing elements of expressionism, from the 1960s until the end of her life she developed and refined the idiom of forthright color, uncluttered composition and brisk execution for which she is best known.

The paintings of Louisa's final three decades include Icelandic landscapes, a series of self-portraits, and tabletop still-life arrangements. The landscapes often include charmingly stylized depictions of Icelandic horses and sheep. She was to remain an Icelandic citizen all her life, the physical characteristics of her native land informing her bold treatment of form and clarity of light. The poet John Ashbery described the result as the "flavor, both mellow and astringent, which no other painter gives us."

In 1996, Louisa was awarded the American-Scandinavian Foundation's Cultural Award, and in 1998 became a member of the American Academy of Arts and Letters. She died in Delhi, New York in 2000. Her work is represented in many public collections, including the Hirshhorn Museum and Sculpture Garden in Washington, D.C. and the Reykjavík Art Museum.