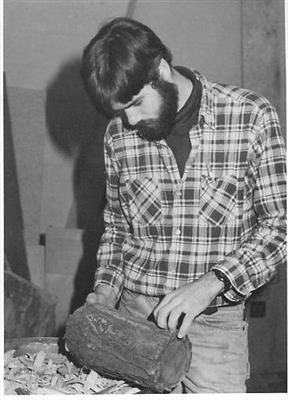 As a child, Lex was fascinated by the arts, but especially by Anton Pieck's (Dutch b1853-d1890) whimsical realism which portrayed the joys of Holland that he had grown up with.
Another strong influence is the layered work of Albrecht Durer (German b1471-d1528) which inspired him as a youth to see that organized creativity could present new worlds.
But growing up in a family that loved Van Gogh's art (Dutch b1853-d1890) a tease was formed by the master's simple strokes and imparting moods. Van Gogh is still a great influence on him today.
However, the world around Lex seemed to believe that realism like Vermeer's work (Dutch b1632-d1675) was a better kind of art. Lex was duped by the praise and honor he saw given to realism, versus non-representational art. It was at that time that the variety of creativity in Da Vinci's (Italian 1452-1519) work began to intrigue him, and he saw the boundaries of art widen significantly.
Then the Abstract and Expressionistic works of Kandinsky (Russian b1866-d1944), De Kooning (Dutch b1904-d1997), and Alexander Calder (American b1898-d1976) opened his eyes to the strength of emotion with simplicity. And as he continued to study art history, he was impressed by the conceptual art of Joseph Beuys (German b1921-d1986), even though some of his work seemed to be simply an exploration of using new materials to express old ideas.
The most profound lesson he has learned was that art could be a catalyst for positive change by requiring its audience to think deeper than normal. Art could bring understanding, edification, encouragement, and comfort in this chaotic world. Art finally had a spirit building value to it.
With a studio of artists in Rochester, NY, he created realistic deep relief woodcarvings as wall-hangings, furniture, wall murals, and bar-tops. After seven years of this and becoming the studio’s lead-artist, he moved on to open his own studio.
Through these years he began to be obsessed with the desire to understand God and creativity from a spiritual viewpoint. It was out of this desire and daily Bible study, that he longed to understand the four creatures under God's throne.
The books of Revelation, Ezekiel and Numbers gave clarity and God poured out understanding. Lots of his work now has these concepts hidden within or plain to see.
He is now greatly taken by creating art as an act of worship and letting God paint messages and prophetic signs through his hands.
His hope is that he can bring greater understanding to this revelation and demystify this life-saving pattern designed to draw mankind to his Maker.