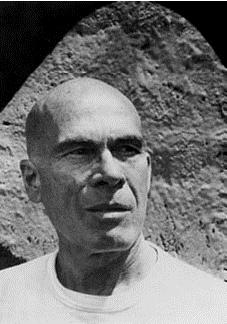 Leon Polk Smith (1906–1996) was an American painter. His geometrically oriented abstract paintings were influenced by Piet Mondrian and his style has been associated with the Hard-edge school, of which he is considered one of the founders.[1]

Smith was born near Chickasha, Oklahoma a year before it became a state. He grew up among American Indians of the Choctaw and Chickasaw tribes. He graduated from East Central University in Ada, Oklahoma in 1934. He moved to New York City in 1936, where he attended Columbia University, and remained in New York for the rest of his life.

Much of Smith's work was inspired by the interchange between positive and negative space and using as few elements as possible to create a convincing space, object, or motion. He frequently used canvases which were round or other non-standard shapes and painted with close valued colors.

The artist is co-represented by Washburn Gallery and Lisson Gallery.