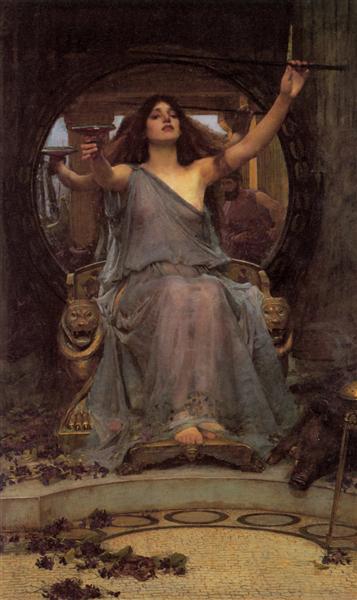 Circe Offering the Cup to Ulysses

Circe Offering the Cup to Ulysses is an oil painting in the Pre-Raphaelite style by John William Waterhouse that was created in 1891.

The painting depicts a scene from the Odyssey where the sorceress Circe offers Odysseus (called Ulysses by the Romans) a cup containing a potion with which she seeks to bring him under her spell as she has his crew. Ulysses can be seen in the mirror depicted behind Circe's throne, whilst one of Ulysses' crewmen, magically transformed into a pig, can be seen beside Circe's feet.