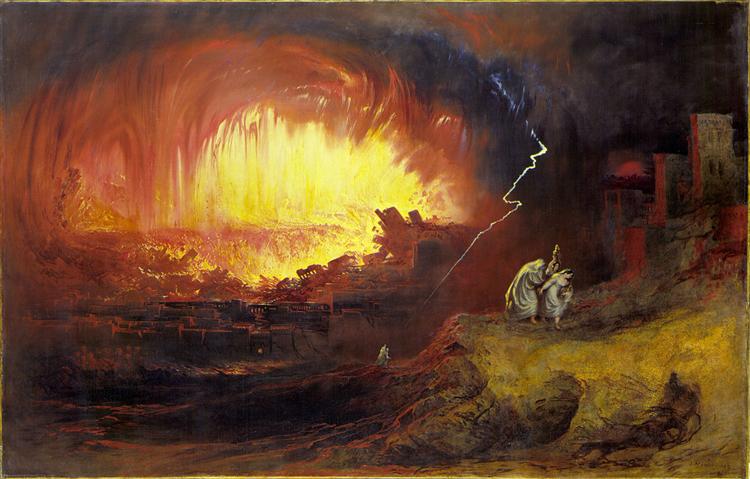 The Destruction of Sodom and Gomorrah

The destruction of Sodom and Gomorrah is a painting by the English painter John Martin from 1852.

John Martin's painting, shows the biblical story of the destruction of the two cities of Sodom and Gomorrah, which was God's punishment for the two cities for people's immoral behavior. Only Lot and his daughters were saved. Lot's wife disobeyed God's instruction not to look back, and was turned into a pillar of salt. The fiery red color is characteristic of John Martins dramatic scenes of destruction. The swirling storm in heaven was also a frequent feature of his paintings.

Several other of Martin's paintings contain apocalyptic tendencies: the Fall of Babylon (1831), The Fall of Nineveh, Divine vengeance, Pandemonium (1841) and The Eve of the Deluge (1840).

Many regarded Martin while he lived as a great British artist, surpassed only by his older contemporary colleague J. M. W. Turner, who he had a competition with for recognition. But John Martin's reputation declined after his death.