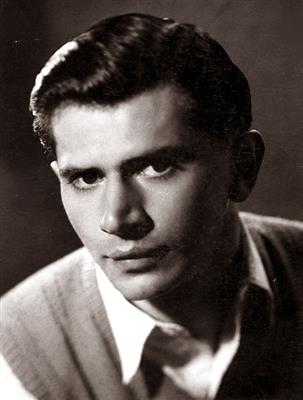 Meintjes was a painter that enjoyed tremendous public support for his art since early age and also received international acclaim as an author later on. He is a well known historian and one of South Africa's most versatile artists.

The fame he enjoyed as a 21 year old artist is unequalled in the South African history of art. Esmé Berman wrote in her authoritative Art & Artists of South Africa that 'the spectacular suddenness with which Johannes Meintjes catapulted to the headlines during the last years of WW2 is a phenomenon seldom equalled in SA cultural history. Before he was 22 years old the intense young artist enjoyed the kind of public adulation which was later reserved for youthful idols of the pop-music world'.

Johannes Meintjes died in 1980 and had established himself as a major South African painter and writer. Apart from numerous articles and smaller literary works, he had published 35 books, amongst them authoritative works on South African history.

He had painted more than a thousand canvases, produced dozens of sculptures and exhibited in all South Africa's major galleries - sometimes alone and sometimes in the company of artists such as Alexis Preller, JH Pierneef, Gerard Sekoto, Irma Stern, Maggie Laubser and Walter Battiss.

Meintjes' work reflects something of the naivety of the African artist… a dimension beyond the purely European and his canvases, painted with the knowledge born out of centuries of European experience, speak with the voice of Africa.

Meintjes once said: 'Mine is the vision…sprung from the soil of Africa and I have given it in a personal statement which may find a response in the heart and imagination of another generation.'


Meintjes grew up on his family's farm in the mountains near Molteno.
He lived and worked in Cape Town for several years, taught art, travelled for exhibitions and won a range of South African and international awards.
In 1965 he retired to Molteno, where he focused on his writing. He went on to win several literary awards.