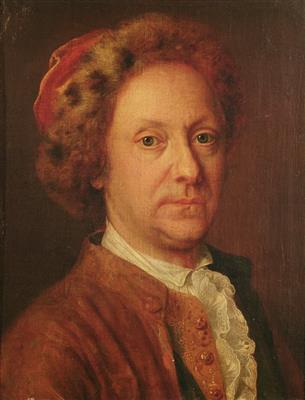 Jean-Baptiste Oudry (French: [udʁi]; 17 March 1686 – 30 April 1755) was a French Rococo painter, engraver, and tapestry designer. He is particularly well known for his naturalistic pictures of animals and his hunt pieces depicting game.

Jean-Baptiste Oudry was born in Paris, the son of Jacques Oudry, a painter and art dealer, and his wife Nicole Papillon, relative of the engraver Jean-Baptiste-Michel Papillon.

His father was a director of the Académie de St-Luc art school, which Oudry joined. At first, Oudry concentrated on portraiture, and he became a pupil and perhaps a collaborator of Nicolas de Largillière from 1707 to 1712. He graduated at only 22 years of age, on 21 May 1708, at the same time as his two older brothers. The next year, he married Marie-Marguerite Froissé, the daughter of a miroitier (a mirror-maker) to whom he gave lessons in painting.

Oudry became an assistant professor at Académie de Saint-Luc in 1714, and professor on 1 July 1717. He was inducted as a member of the prestigious Académie Royale de Peinture et de Sculpture in 1719, and was engaged as a professor there in 1743. After producing mainly portraits, Oudry started to produce still life paintings of fruits or animals, as well as paintings of religious subjects, such as the Nativity, Saint Giles, and the Adoration of the Magi.

In the 1720s Oudry was commissioned by Noël-Antoine de Mérou, director of the Royal Beauvais Tapestry Manufactory to create the designs for what has come to be one of the most iconic series of tapestries of the period. The series was called The Pastoral Amusements, or Les Amusements Champêtres.

Through his friend, Jean-Baptiste Massé, a portrait-painter and miniaturist, Oudry was introduced to the Marquis de Beringhen, hereditary master of the royal stables, for whom he painted a pair of paintings in 1727, followed by a suite of landscapes in the Flemish manner. Through this connection, he was commissioned to produce the painting that made his reputation, Louis XV hunting a deer in the Forest of Saint-Germain (1730; now at Toulouse). Subsequently, he was commissioned to produce numerous works for the King, who was passionate about the hunt and appointed Oudry Painter-in-Ordinary of the Royal Hunt, in which capacity he produced portraits of dead game, the day's kill. Oudry was granted a workshop in the Tuileries and an apartment in the Louvre.

M. Hultz, an adviser to the Académie de Peinture, commissioned Oudry to produce a buffet, or still-life combining silver plates and ewers, fruit and game; the work was exhibited in the Salon of 1737. Oudry timidly asked for ten pistoles for his work, but Hultz valued it much higher, insisting on paying twenty-five. Oudry was also commissioned to produce a buffet for Louis XV (exhibited in the Salon of 1743), that went to the château de Choisy, the King's favoured hunting residence.

Hultz recommended Oudry to Louis Fagon (1680–1744), an intendant des finances and book collector, and Oudry decorated his houses in Vanves and Fontenay-aux-Roses with arabesques, flowers and birds. Fagon was charged with reviving the fortunes of the tapestry manufactory of Beauvais, which had flourished under Colbert, and he gave the task to Oudry and his associate, Besnier, in 1734. Oudry succeeded in his tasks, becoming wealthy in the process. His success at Beauvais led to a further appointment as inspector at the Gobelins manufactory in 1736, where his works were copied as cartoons for tapestries. Through most of the 1730s, he concentrated mainly on producing designs for tapestries, notably the nine Chasses Royales Gobelins series (1733–46), first woven for the Château de Compiègne (and reunited in Compiègne), for which the cartoons were later framed into the boiseries in an interior decor for Charles X at Fontainebleau, 1828.