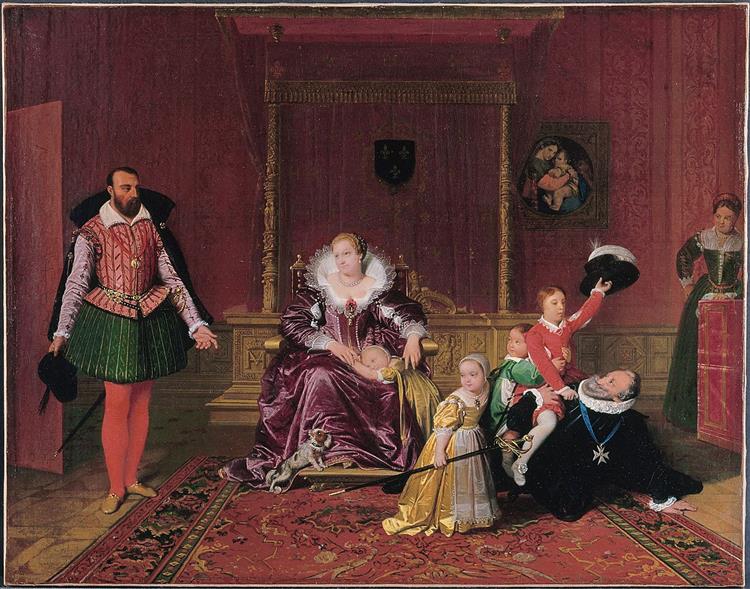 Henry IV Receiving the Spanish Ambassador is an 1817 painting in the Troubador style by the French painter Jean Auguste Dominique Ingres. It shows Henry IV of France playing with his children whilst receiving the Spanish ambassador, with Marie de Medici seated at the centre.

It is now in the Petit Palais, Paris. It was shown in the 2014 exhibition L'invention du Passé. Histoires de cœur et d'épée 1802–1850. at the musée des beaux-arts de Lyon.