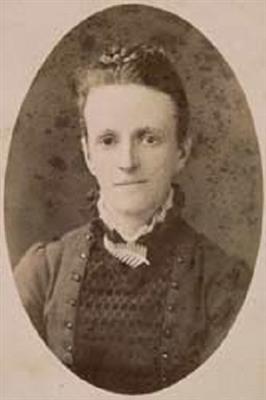 Jane Sutherland (26 December 1853 - 25 July 1928) was an Australian landscape painter who was part of the pioneering plein-air movement in Australia, and a member of the Heidelberg School. Her advocacy to advance the professional standing of female artists during the late nineteenth century was also a notable achievement.


Jane Sutherland was born in New York to Scottish parents; the family emigrated to Sydney in 1864 and moved to Melbourne in 1870. The Sutherland family soon became an important part in the formation of Melbourne’s cultural influence in Australia. Uncommon at the time, Sutherland had the support and encouragement from her family to pursue a career as an artist. Due to the support of her family, Sutherland was able to live comfortably as an unmarried, working woman.


In the late nineteenth century, there were two contrasting movements concerning women’s education. The first being the view that a woman’s role and purpose was reproduction; their importance was valued by their maternal care.


The second view came from the Australian suffragette movement, which not only called for the female right to vote, but the need for equal education to access confidence, achievement and employment. This included the visual arts and gradually saw the inclusion of women into the National Gallery School. The intrepid leader that was Sutherland, had enrolled as early as 1871, a good 14 years before the Women’s Suffrage Society was formed in Melbourne. Unlike fields such as medicine, the study of visual arts was considered an easier area to transition into as it was already considered a suitable hobby for upper-class women. The likelihood of female artist being equal to a male artist in commission, exhibitions and respect was harder to gain.


From 1878, Sutherland exhibited at the Victorian Academy of Arts, then with the Australian Artists’ Association, and with the Victorian Artists’ Society (from 1888) until 1911.
By the standards of the time, she was held in high regard for her artistry, which was supported by the fact she was reviewed on the same terms as male artists, rather than grouped in a general remark of works by lady artists in an exhibition. Critics justified the distinction due to Sutherland’s landscapes being a comparable to the strong form of male artist’s work.
In 1884 she became one of the first women members of the Buonarotti Society, and in 1900 she and May Vale were the first women elected as Councillors of the Victorian Artists’ Society. During her years of active work, she was valued for her efforts in the visual arts scene of Melbourne.


Sutherland was the leading female artist in the group of Melbourne painters who worked outside the studio; she took plein-air sketching trips to the outlying rural districts of Alphington, Templestowe and Box Hill with her male contemporaries of the Heidelberg School. Unlike her contemporaries, Tom Roberts, Arthur Streeton and Charles Conder, Sutherland, as a female, was unable to stay with the men at the campsites overnight, and instead made day journeys to the campsites.