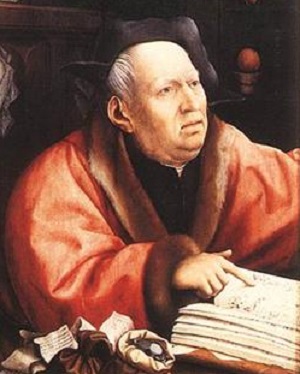 Provost was a prolific master who left his early workshop in Valenciennes to run two workshops, one in Bruges, where he was made a burgher in 1494, the other simultaneously in Antwerp, which was the economic centre of the Low Countries. Provost was also a cartographer, engineer, and architect. He met Albrecht Dürer in Antwerp in 1520, and a Dürer portrait drawing at the National Gallery, London, is conjectured to be of Provost. He married the widow of the miniaturist and painter Simon Marmion, after whose death he inherited the considerable Marmion estate. He died in Bruges, in January 1529.

The styles of Gerard David and Hans Memling can be detected in Provoost's religious paintings. The Last Judgement painted for the Bruges town hall in 1525 is the only painting for which documentary evidence identifies Provost. Surprising discoveries can still be made: in 1971 an unknown and anonymous panoramic Crucifixion from the village church at Koolkerke was identified as Provost's. It is on permanent loan to the Groeningemuseum, Bruges, which has several works of Provost. A retrospective exhibition took place in 2008–9.