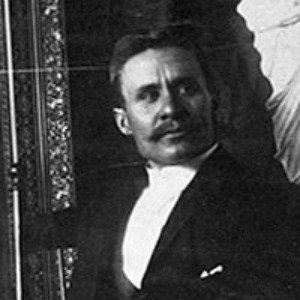 James Taylor "J.T." Harwood (1860–1940) was born in Lehi, Utah in 1860, and attended The San Francisco School of Design, as well as the Académie Julian and the Ecole des Beaux Arts in Paris. He was the first Utahn to exhibit in the prestigious French Salon, with a painting accepted for the 1892 show.


Returning to the United States, Harwood returned to Salt Lake City in his native Utah, the state with which he enjoyed his strongest affiliation. An impressionist, J.T. Harwood paintings are often infused with quick brushstrokes and dappled light. Harwood died in Salt Lake City in 1940.


Dan Weggeland and Alfred Lambourne, two noted Utah artists, were his early instructors and mentors. He also studied under Virgil Williams in San Francisco. In 1888, he began study at the Académie Julian under Jules LeFebvre and Benjamin Constant and in 1889 and at the École des Beaux-Arts under Léon Bonnat in 1890.


In 1904, having returned to the United States, James began to teach art in the local Salt Lake City high schools and to paint in his studio. In 1923 he became the head of the art department at the University of Utah. As chairman, he developed an art program which emphasised craftsmanship, an emphasis that was carried forward long after Harwood was gone. At age 70, Harwood resigned from the University of Utah to have more time to paint.


The following is a list of links to James T Harwood's works.