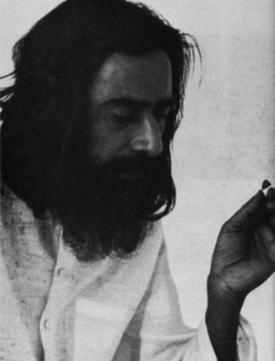 Jagdish Swaminathan commonly known as J. Swaminathan (June 21, 1928 – 1994) was a leading Indian artist, painter, poet and writer. He was a member of the Communist Party of India. He is one of the most influential artists of India, instrumental in establishment of the Bharat Bhawan, a muti-art complex in Bhopal, in 1982, and served as the director of its Roopankar art Museum till 1990. He discovered, Jangarh Singh Shyam, the first known modern-day Gond tribal artist of Madhya Pradesh state in India.

J Swaminathan was born in Shimla on 21 June 1928. After schooling in Delhi, he joined a pre-medical course, but he left the course as well as his home when ran away to Kolkata, where he did some odd jobs to earn living. However he returned to Delhi and joined the Congress Socialist Party and also appointed sub-editor of a Hindi short story magazine, and subsequently as an editor of Mazdoor Awaz magazine, eventually joining the Communist Part of India in 1948. Meanwhile, he started taking evening classes at the Delhi Polytechnic, Kashmere Gate, where he trained under artists Sailoz Mukherjee and Bhabesh Chandra Sanyal. However his art study didn't last long as he couldn't manage the stress of working during the day, attending art classes in the evenings at the same time. In 1957, he joined the Academy of Fine Arts in Warsaw. Upon his return to India in 1960, he held his first major exhibition, displaying his graphic prints and oil paintings, along with artists P.K. Razadan and N. Dixit. By the end of 1960s, he had left journalism to take up art full-time.

J. Swaminathan was one of the co-founders of short-lived artists group "Group-1890" founded in Bhavnagar, Gujarat, in August 1962,. Other 11 members of the group included Jeram Patel (1930), Rajesh Mehra, Ambadas Khobragade ( 1923-2012)Ghulam Mohammed Sheikh (1937), Eric Bowen (1929-2002), Himmat Shah (1933), Nagji Patel, Redappa Naidu and Jyoti Bhatt (1934). He was awarded the prestigious Jawaharlal Nehru Fellowship in 1968 for research on project "The significance of the traditional Numan to Contemporary Art".

A major contribution by J. Swaminathan was that he helped vernacular painters from tribes like Gond and Bhil to gain international recognition. In 1981, Swaminathan discovered a young gond artist Jangarh Singh Shyam painting on the mud walls of his house, who became the first known modern Gond artist . Recognizing the potential of his talent, Swaminathan took him to the city and held painting exhibitions where Shyam’s paintings were exhibited. Soon, Shyam gained international recognition and his paintings were displayed in the art exhibitions of Japan, UK and US. He also played an important role in the formation of Bharat Bhawan, amuti art complex in Bhopal, established in 1982, and the collection of tribal art at its art museum.

He wrote that: "cultural experiences and activity in India is a multi-level phenomenon – and these levels are often mutually independent and non-interacting – it is the urban and the so-called modern sense of contemporarity that appears to dominate the scene and thus to distort the real perspective".