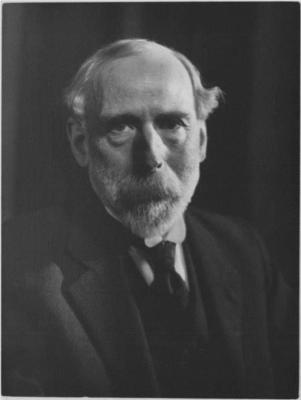 Homer Ransford Watson (January 14, 1855 – May 30, 1936) was a Canadian landscape painter. He was "the man who first saw Canada as Canada, rather than as dreamy blurred pastiches of European painting," according to J. Russell Harper, a former curator of Canadian art at the National Gallery of Canada. He was a member and president (1918–1922) of the Royal Canadian Academy of Arts, as well as a founding member and first president (1907–1911) of the Canadian Art Club.

The son of Ransford Watson and Susan Mohr, Homer Watson was born on January 14, 1855 in the village of Doon (now part of Kitchener), Ontario. He received his first set of paints from an aunt and he decided to become an artist. He sought the advice of Thomas Mower Martin in Toronto, and moved there in 1874. He copied works at the Toronto Normal School and was mainly self-taught, but met other artists in Toronto (e.g., Lucius O'Brien) while working part-time at a photography studio.

In 1876, Watson traveled to New York and met the painter George Inness. He was influenced by the Hudson River School and painted along the Hudson and Susquehanna Rivers in the Adirondack Mountains. In 1880, he sold his first major work, The Pioneer Mill, to the Marquis of Lorne for Queen Victoria's art collection. That same year, the marquis opened the first exhibition of the Royal Canadian Academy; Watson's work was displayed and he was elected an Associate.

Watson married Roxanna Bechtel in 1881, and the couple moved into the Drake House at Doon. They bought the house in 1883, and he would keep the house as his permanent residence until his death. Watson painted the rural Grand River countryside for most of his artistic life. He was noted for his commitment to Canadian landscapes: he said "there is at the bottom of each artistic conscience a love for the land of their birth... no immortal work has been done which has not as one of its promptings for its creation a feeling its creator had of having roots in his native land and being a product of its soil."

In 1882, while touring Canada, Oscar Wilde dubbed Watson the "Canadian Constable," comparing him to the great English landscape artist because of similar subject matter and style. Wilde would occasionally visit Watson in his home and they sent letters to each other. The letters as well as Watson's death mask are lost in the black market. They last resurfaced in the early 1990s only to disappear again.

Watson moved to England in 1887 for four years, and further established his reputation. Over the next few years, his works became increasingly popular among collectors and received prizes at expositions across North America. In 1902, at the height of his British career, he exhibited The Flood Gate. He campaigned to save the Waterloo County woodlands that he had preserved in his landscapes. After the death of Roxa in 1918, he was joined by his sister Phoebe Amelia Watson in Doon. He was forced to sell many works from his personal collection by the Stock Market Crash of 1929.