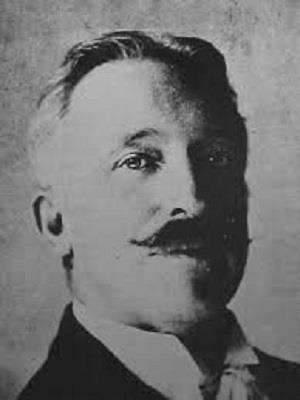 Hermann Ottomar Herzog (15 November 1832 – 6 February 1932) was a prominent nineteenth- and early twentieth-century European and American artist, primarily known for his landscapes. He is associated with the Düsseldorf school of painting.


He was born in Bremen, Germany and entered the Düsseldorf Academy at age seventeen. Herzog achieved early commercial success, allowing him to travel widely and continue his training. His patrons included royalty and nobility throughout Europe.


In the late 1860s, after an extensive trip to Norway, Herzog settled permanently near Philadelphia in the United States. Thereafter, he traveled throughout the U.S. and Mexico. He painted his way across the western states, arriving in California in 1873. His works from this trip included a series of Yosemite Valley paintings. In 1876, he received an award at the Philadelphia Centennial Exhibition for his painting of Sentinel Rock in Yosemite. Herzog also made extensive trips to Maine and Florida to paint.


Because he was a prudent investor, Herzog did not have to depend on the sale of his artwork to maintain a comfortable lifestyle. Following his death, his family retained a large group of his paintings, most of which were released to the art market in the 1970s. A number of prominent American and European museums now include Herzog's work as part of their collections.


Herzog's work is sometimes considered to be part of the Hudson River School, although it is more realistic and less dramatic than works by peers Frederic Edwin Church or Albert Bierstadt.


He almost always signed his work "H. Herzog"; as a result, his first name is spelled both "Herman" and "Hermann" in various sources. His birth year is sometimes incorrectly reported as 1831, but 1832 is proven correct by the civil birth registration of Bremen.


The Brandywine River Museum in Chadds Ford, Pennsylvania held a major exhibition of Herzog's work in 1992 and published a catalog of his work, with an essay by art historian Donald S. Lewis, Jr.


In his long life, Herzog created more than 1,000 paintings, including "Women in a Tropical Setting" and "Landscape with a Bear and her Cub".