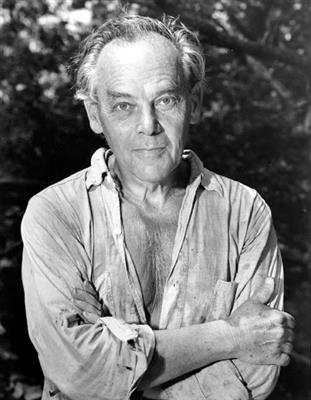 
Kepes was born in Selyp, Hungary. His younger brother was Imre Kepes, ambassador in Argentina, father of András Kepes journalist, documentary filmmaker and author At age 18, he enrolled at the Royal Academy of Fine Arts in Budapest, where he studied for four years with Istvan Csok, a Hungarian impressionist painter. In the same period, he was also influenced by the socialist avant-garde poet and painter Lajos Kassak, and began to search for means by which he could contribute to the alleviation of social injustice, especially (as he later recalled) "the inhumane conditions of the Hungarian peasantry."


Kepes gave up painting temporarily and turned instead to filmmaking. In 1930, he settled in Berlin, where he worked as a publication, exhibition and stage designer. Around this time, he designed the dust jacket for Gestalt psychologist Rudolf Arnheim's famous book, Film als Kunst (Film as Art), one of the first published books on film theory. In Berlin, he was also invited to join the design studio of László Moholy-Nagy, the Hungarian photographer who had taught at the Dessau Bauhaus. When, in 1936, Moholy relocated his design studio to London, Kepes joined him there as well.


A fortunate consequence of moving to London was that Kepes found his future wife, a 17-year-old British woman née Juliet Appleby, an artist and illustrator. By chance, he saw her on the street, introduced himself, and soon the two began to date. The following year, when Moholy agreed to become the director of a new art school in Chicago (which Moholy dubbed the New Bauhaus), Kepes was invited to join the faculty and to head a curricular area in Light and Color. Kepes asked Juliet to join him. While teaching at the Institute of Design (or New Bauhaus) from 1937 to 1943, Kepes enlarged and refined his ideas about design theory, form in relation to function, and (his own term) the "education of vision." Kepes was lured to Brooklyn College by Russian-born architect Serge Chermayeff, who had been appointed chair of the Art Department in 1942. There he taught graphic artists such as Saul Bass.


In 1944, he published Language of Vision, an influential book about design and design education. Widely used for many years as a college textbook (it had thirteen printings, in four languages), it began by acknowledging Kepes' indebtedness to the Berlin-based Gestalt psychologists, and by asserting that "Visual communication is universal and international; it knows no limits of tongue, vocabulary, or grammar, and it can be perceived by the illiterate as well as by the literate…[The visual arts, as] the optimum forms of the language of vision, are, therefore, an invaluable educational medium" (p. 13). In part, the book was important because it predated three other influential texts on the same subject: Paul Rand, Thoughts on Design (1946), László Moholy-Nagy, Vision in Motion (1947), and Rudolf Arnheim, Art and Visual Perception (1954).