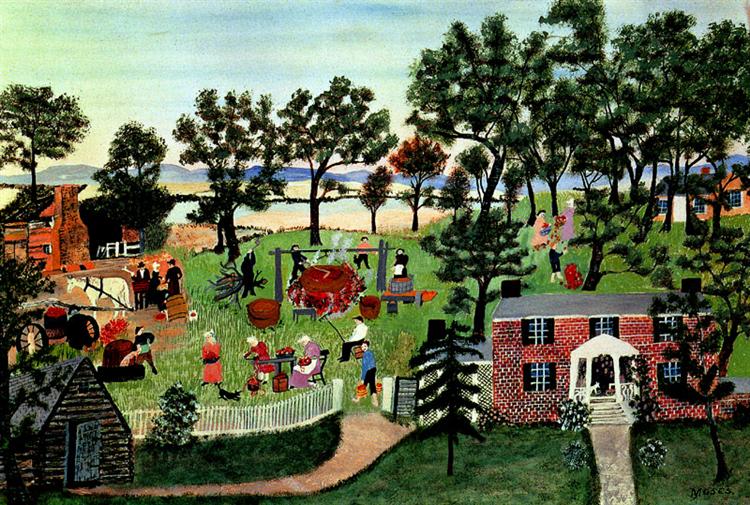 Although many people think of apples as a New England commodity, J. A. Apple Butter Making is actually among a handful of paintings based on Moses' Virginia memories. The house in the picture is the Dudley Place, one of several farms the Moses family occupied as tenants during their years down South.

"Late summer was the time for apple butter making," Moses wrote in her autobiography. "The apple butter was considered a necessity."

To make apple butter, you take two barrels of sweet cider {you grind apples and make sweet cider first), then you put them on in a big brass kettle over afire out in the orchard and start it to boiling. You want three barrels of quartered apples, or snits, as they called them, with cores taken out, and then you commence to feed those in, and stirring and keeping that stirrer going. . . . Womenfolks would keep that going, feeding in all the apples until evening. Then the young folks would come in to start stirring. They'd have two—a boy and a girl—to take hold of the handle. They'd have a regular frolic all night out in the orchard.