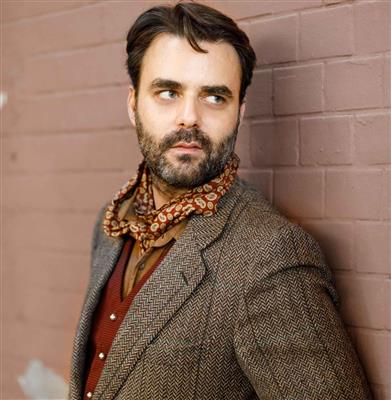 Giovanni Enrico Morassutti (born March 15, 1980) is an Italian actor, director, writer, artist, and cultural entrepreneur graduate of the Italian National film school directed by Giancarlo Giannini. He is best known for having deepened the study of the realistic school of acting and to maintain the Strasberg's legacy.


He is half German and half Italian born in Padua. After studying with Susan Strasberg, he moved to New York City at the age of 19 to become a professional actor. While being an auditor at the Actors Studio, he worked as busboy and a bike messenger, attending the classes of Salem Ludwig at the HB Studio. In 2001 he met John Strasberg, son of Lee Strasberg, who later became his mentor, having written the foreword of the italian version of his book in 2016. Morassutti graduated at the Italian National film school in 2007.


As a stage actor and director he worked with Ellen Stewart at La MaMa Experimental Theatre Club, Bryan Reynolds and the Transversal Theater Company, David Warren, Ted Mornel at the Gene Frankel Theater and he directed Lydia Biondi in Sola in casa by Dino Buzzati presented at the Cherry Lane Theatre in 2012and in Madre sin Pañuelo, a theatrical play based on the Dirty War.


He is the artistic director of the International Cultural Center Art Aia-Creatives / In / Residence, that fosters sustainability in the arts and cultural mobility and in 2016 he co-founded, in a former Spätkauf, its subsidiary space Art Aia - La Dolce Berlin.where he began his art practice as an artist.


He is a member of the Morassutti family.