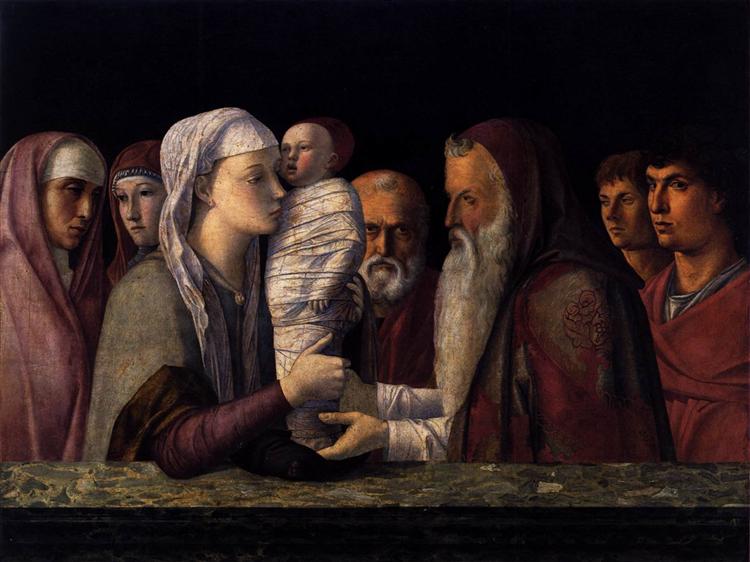 Presentation at the Temple

The dating of the work is uncertain, though it is usually considered to be subsequent to the Presentation at the Temple by Andrea Mantegna (Berlin, c. 1455), from which Bellini took a very similar placement of the figures.

The commission of the two works is unknown, as well as if the figures, as is sometimes suggested, portrayed members of the Mantegna and Bellini families.

The main characters are nearly the same as those in Mantegna's work: the Virgin is holding the Child, whose feet are lying on a cushion, while the bearded figure of Simeon is coming to take him. In the front is Saint Joseph, which, according to some scholars, would be a portrait of Bellini's father, Jacopo. On the sides the painter added two further figures, which make the picture rather crowded. Apart his father, other identifications include the author's self-portrait and Mantegna (or his brother Gentile Bellini) for the two men on the right; and Nicolosia, sister of Giovanni and Gentile, and wife of Mantegna, together with their mother Anna for the women on the left.

Bellini also replaced Mantegna's bronze frame with a parapet, making the characters nearer to the observer, and omitted their haloes.