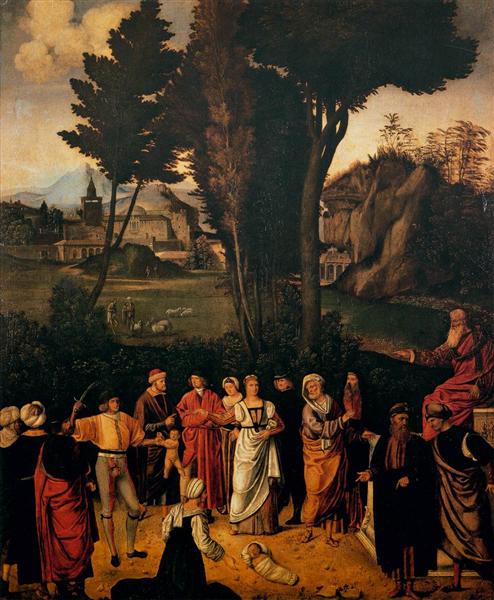 The Judgement of Solomon

The Judgment of Solomon is a painting by the Italian Renaissance master Giorgione (1500–1501). It is housed in the Galleria degli Uffizi of Florence.

The work is dimensionally and thematically similar to its Pendant painting Test of Fire of Moses, also in the Uffizi. It shows Solomon, King of the Jews, on the throne, with the court dignitaries and two women at his feet. The two women were both claiming the same child and had appealed to the King. Solomon's choice unmasked the faking one. Behind them are two large oaks which divide the landscape into two parts.

A Ferrarese assistant collaborated with Giorgione in the realization of the figures.