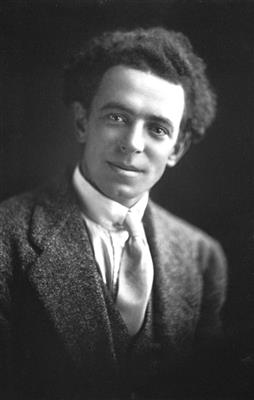 James Francis "Frank" Hurley, OBE (15 October 1885 – 16 January 1962) was an Australian photographer and adventurer. He participated in a number of expeditions to Antarctica and served as an official photographer with Australian forces during both world wars.

Hurley was the third of five children to parents Edward and Margaret Hurley and was raised in Glebe, a suburb of Sydney, Australia. He ran away from home at the age of 13 to work on the Lithgow steel mill, returning home two years later to study at the local technical school and attend science lectures at the University of Sydney. When he was 17 he bought his first camera, a 15 shilling Kodak Box Brownie which he paid for at the rate of a shilling per week. He taught himself photography and set himself up in the postcard business, where he gained a reputation for putting himself in danger in order to produce stunning images, including placing himself in front of an oncoming train to capture it on film.

While living on Collaroy Plateau, (Warringah LGA), Frank became involved with ABC radio. He was a frequent storyteller on the perennial children's program The Argonauts. He enjoyed even more a degree of commercial success by publishing his photos on advertising calendars, postcards and tourist booklets.

His most successful book was Australia: A Camera Study published in 1955 and reprinted three times.

He engaged in aerial photography with Brud Rees on his Piper Cub float plane. He travelled extensively throughout Australia commissioned on various photographic assignments.

Of his lifetime, Frank Hurley spent more than four years in Antarctica. At the age of 23, in 1908, Hurley learned that Australian explorer Douglas Mawson was planning an expedition to Antarctica; fellow Sydney-sider Henri Mallard in 1911, recommended Hurley for the position of official photographer to Mawson's Australasian Antarctic Expedition, ahead of himself. Hurley asserts in his biography that he then cornered Mawson as he was making his way to their interview on a train, using the advantage to talk his way into the job. Mawson was persuaded, while Mallard, who was the manager of Harringtons (a local Kodak franchise) to which Hurley was in debt, provided photographic equipment. The Expedition departed in 1911, returning in 1914. On his return, he edited and released a documentary, Home of the Blizzard, using his footage from the expedition.

Hurley was also the official photographer on Ernest Shackleton's Imperial Trans-Antarctic Expedition which set out in 1914 and was marooned until August 1916; Hurley produced many pioneering colour images of the Expedition using the then-popular Paget process of colour photography. He photographed in South Georgia in 1917. He later compiled his records into the documentary film South in 1919. His footage was also used in the 2001 IMAX film Shackleton's Antarctic Adventure. He returned to the Antarctic in 1929 and 1931 on Mawson's British Australian (and) New Zealand Antarctic Research Expeditions (BANZARE).