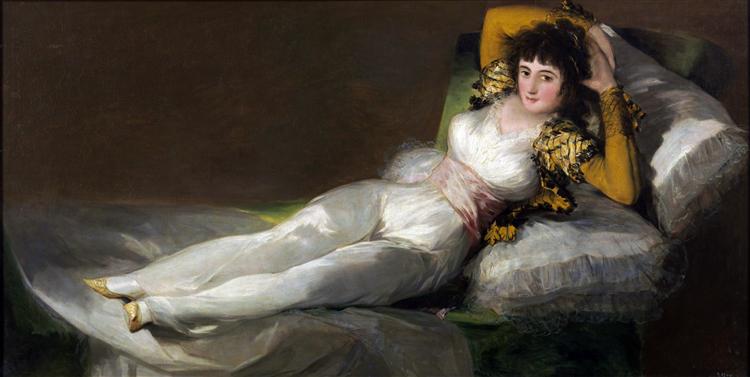 The Clothed Maja (Spanish: La maja vestida [la ˈmaxa βesˈtiða]) is a pendant painting by the Spanish painter Francisco de Goya between 1800 and 1805. It is a clothed version of the earlier La maja desnuda (1797–1800) and is exhibited next to it in the same room at the Prado Museum in Madrid.

The painting was first owned by Prime Minister Manuel de Godoy, who was known as an avid womanizer, and originally hung in his home in front of the Naked Maja in such a manner that the Naked Maja could be revealed at any time with the help of a pulley mechanism.

It was twice in the collection of the Royal Academy of Fine Arts of San Fernando, also in Madrid, being "sequestered" by the Spanish Inquisition between 1814 and 1836, and has been in the Museo del Prado since 1901.

The word maja is the feminine form of majo, a low class Spaniard of the 18th and 19th century. The model is identifiable as a maja by her costume, but her identity is not known; it has been suggested that she looks like Godoy's mistress Pepita Tudó.