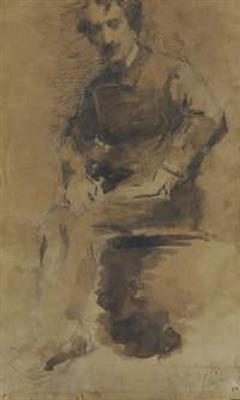 
He was born in Milan, and died in Stresa. He was influenced by Raffaele Casnédi. He painted mainly portraits, including historical subjects. His most prominent work was titled Ragione di stato depicting the divorce of Napoleon from Josephine.