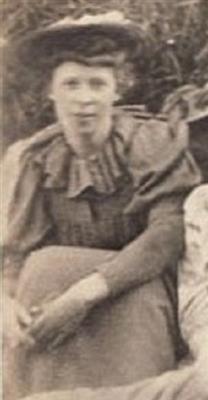 Frances Macdonald MacNair (1873 – 1921) was a Scottish artist whose design work was a prominent feature of the "Glasgow Style" during the 1890s.

The sister of artist-designer Margaret Macdonald Mackintosh, she was born near at Tipton, near Wolverhampton, and moved to Glasgow with her family in 1890 Frances went on to marry MacNair in 1899, and Margaret married Mackintosh in 1900. After they met, they exhibited together in a 'School of Art Club' exhibition and due to their similar stylistic approach came to be referred to as "The Four".

In the mid-1890s the sisters left the School to set up an independent studio together. They collaborated on graphics, textile designs, book illustrations and metalwork, developing a distinctive style influenced by mysticism, symbolism and Celtic imagery. Frances also produced a wide variety of other artistic work, including embroidery, metalwork panels and water colour paintings. Like her sister, she was influenced by the work of William Blake and Aubrey Beardsley and this is reflected in her use of elongated figures and linear elements. The sisters exhibited in London, Liverpool and Venice.

In 1899 she married MacNair and joined him in Liverpool where he was teaching at the School of Architecture and Applied Art. The couple painted watercolours and designed interiors, exhibiting a Writing Room at the International Exhibition of Modern Art in Turin, and Frances began teaching. They also designed the interiors of their own home at 54 Oxford Street. In the early 1900s they also exhibited in Liverpool, London, Paris, Venice, Vienna and Dresden. The closure of the School in 1905, and the loss of the MacNair family wealth through business failure, led to a slow decline in their careers, and they returned to Glasgow in 1909. In the years that followed, Frances painted a series of symbolist watercolours addressing the choices facing women, such as marriage and motherhood. Frances and Herbert had a son, Sylvan, born in June 1900 and who later emigrated to Rhodesia.

Frances' achievements are less well known than those of her sister, due in part to her departure from Glasgow, but also because her husband destroyed many of her works after her death.

Much of her work that remains is held by the Hunterian Museum and Art Gallery, and in the Walker Art Gallery in Liverpool.