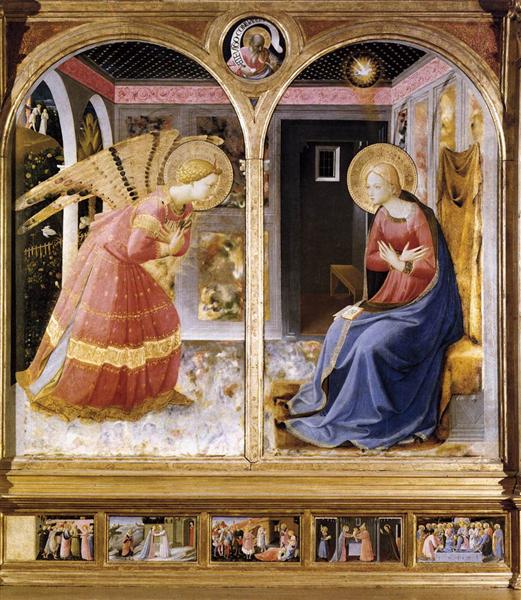 The Annunciation of San Giovanni Valdarno is a painting by Fra Angelico, painted in 1430 to 1432 in tempera on panel. It measures 195 cm by 158 cm. It was looted from Italy during the Second World War by the Germans and returned to the country via the work of Rodolfo Siviero. It is now held at the Museo della Basilica di Santa Maria delle Grazie in San Giovanni Valdarno.

It is one of three panel paintings of the subject by that artist (the two others are the example in the Prado in Madrid and the Annunciation of Cortona in the Museo Diocesano de Cortone) - he also painted in twice in fresco, both in the convent of San Marco, Florence, at the top of the entrance stairway and in the third cell. He combined an Annunciation with an Adoration of the magi in another fresco at San Marco and in a diptych in the Galleria Nazionale dell'Umbria at Pérouse.